The premier place to experience Shakespeare’s stories as our own.

To accomplish our mission, we:

In all we do, we are passionately committed to:

The Great River Shakespeare Festival produces thoughtful, articulate, engaging productions of Shakespeare’s plays, and contributes substantially to the cultural, social, and economic life of Winona, the midwest, and the United States.

The Winter’s Tale ~ A Midsummer Night’s Dream ~ Apprentice/Intern Production: As You Like It

Much Ado About Nothing ~ Richard III ~ Apprentice/Intern Production: Twelfth Night, or What You Will

Twelfth Night, or What You Will~ Romeo and Juliet ~ Apprentice/Intern Production: Cymbeline

As You Like It ~ Macbeth ~ Apprentice/Intern Production: Julius Caesar

The Merchant of Venice ~ The Taming of the Shrew ~ Apprentice/Intern Production: Pericles

The Two Gentlemen of Verona ~ King Lear ~ The Complete Works of William Shakespeare (abridged) ~ Apprentice/Intern Production: All’s Well that Ends Well ~ SYA: As You Like It

Twelfth Night, or What You Will ~ King Henry V ~ Apprentice/Intern Production: Macbeth ~ SYA/D: Romeo and Juliet ~ Shakes in Schools: A Midsummer Night’s Dream

As You Like It (page)~ Julius Caesar (page)~ Georama: A Mississippi River Musical (page)~Apprentice/Intern Production: Coriolanus ~ SYA/SYD: The Comedy of Errors ~ Shakes in Schools: The Winter’s Tale

Visit our Flickr page to see photos from our past productions and events.

Tedd Morgan, Past Board Chair

Click here to see headshots/bios of our 2016 Seasonal Company Members!

Photos from all seasons can be found at Flickr.com/GRSF. To gain access to our press quality photos, please request the password by contacting Emily Kurash, Director of Marketing, at 507.474.9376 or emilyk@grsf.org. Once you have the password, click here to be redirected to the Press Photos page.

The reviews are in! Read what others are saying about GRSF:

“As You Like It is easily as frothy and giddy as anything Shakespeare wrote. Great River Shakespeare Festival’s production…takes each bauble and polishes it to a bright and merry shine, resulting in a celebration of love, forgiveness, and the virtue of living amid the glory of nature.”

“In Julius Caesar, Shakespeare depicts the mayhem and unintended consequences that result when men take the law into their own hands in the name of principle. It is a stark and violent play, depicting stark and violent times, but with a message that no doubt had bearing in Shakespeare’s day, as it does in our own. Great River Shakespeare Festival has done excellent work with this production at a time when its message might serve us well.”

GRSF needs young men and women age 9 through 17 to perform in the professional company productions this summer.

Auditions are 5:30 pm on Friday, March 17 at Winona Senior High School. This is a commitment from May 9th  to July 30th. Download the the description for more information.

Text on the button 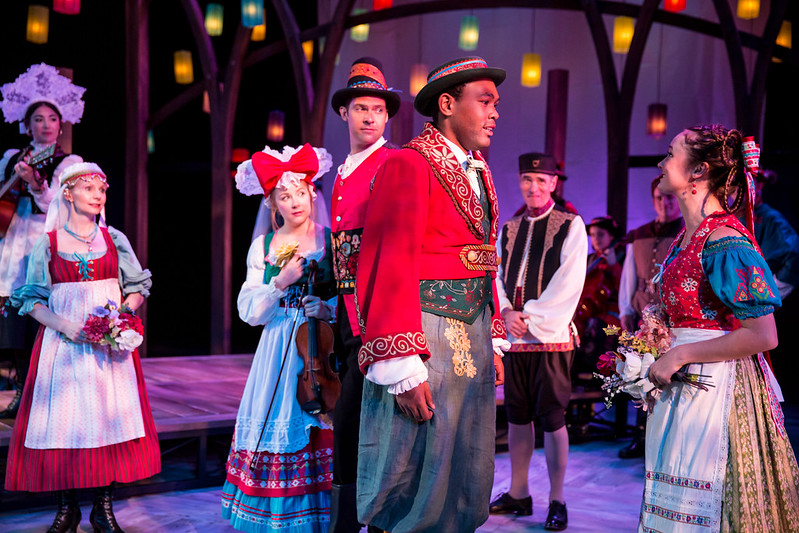 About the Great River Shakespeare Festival

The Great River Shakespeare Festival (GRSF) in Winona, Minnesota is Minnesota’s largest professional Equity theater outside of the Twin Cities. A professional acting company of 16 actors plus 90 designers, directors, technicians, apprentices and other staff come from around the country to present four productions in repertory, education programs, concerts and other events over a 6 week summer season on the campus of Winona State University. Entering its 14th season, GRSF has gained a national reputation for clearly spoken, dynamic, accessible productions of Shakespeare’s plays as well as musicals and modern classics.

Equity contracts are under a letter of agreement (LOA) based on LORT D. Minimum Equity salary for 2017 is $679/wk.  The 2017 company will be 8 Equity, 6 non-Equity and 2 intern contracts. In addition, the Apprentice Actor Training Program will bring 14 early career professional actors from training programs across the country to study with the company. (GRSF.org/apprentice) Dates for the 2017 season are: first rehearsal May 9, first opening June 23, season closes July 30. All contracts include housing and require residence in Winona, Minnesota for the 12 weeks of the season.

The Great River Shakespeare Festival in Winona, Minnesota is the Minnesota’s largest professional Equity theater outside of the Twin Cities and has enjoyed unprecedented success since its 2004 inaugural season. Employing nearly 100 people at the peak of the season, GRSF presents its six-week long season of rotating repertory from late June to the end of July in the 400-seat mainstage theatre on campus at Winona State University.

In addition to its professional company and staff, GRSF offers internship and apprenticeships to aspiring theatre technicians, administrators, and actors, and annually recruits its interns and apprentices from college and university theatre training programs across the country. The intern/apprentice program experience culminates with performances of a studio theatre production of a play by Shakespeare.