[callout_box title=”“Conscience is but a word that cowards use, ” subtitle=”Devised at first to keep the strong in awe””]

Politics is a game for Richard, a wickedly funny hunchback on a bloody campaign to seize the English crown. He may be backstabbing and manipulative, but he is so mesmerizing you can’t look away. For the fractious ruling elite, a deal with the devil seems a small price to pay to gain power — until the game has consequences. Founding company member Christopher Gerson stars as the charismatic villain in Shakespeare’s fast paced thriller.

“… the production is spell binding

….A muscular production that captures the audience throughout, from Richard’s opening lines, “Now is the winter of our discontent,” through his downfall on the battlefield, where he desperately cries “A horse! A horse! My kingdom for a horse!

Central to this is a fantastic performance by Christopher Gerson in the title role. As malevolent as Richard is, it is impossible to look away from his obsessive quest for power. In Gerson’s portrayal, his steely resolve, unbounded energy, and the wit of his deceit impress even as we are appalled by his horrific thoughts and deeds….”
-Arty Dorman, Talkin Broadway 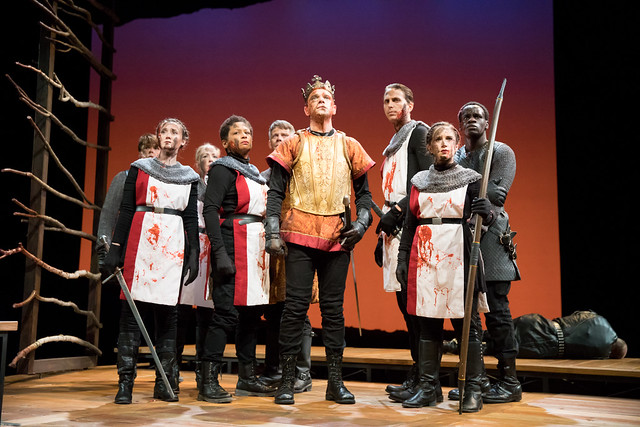