A fast-moving thriller about the struggle for democracy, Julius Caesar explores power, loyalty, and tragic idealism through the friendship of great men. Shakespeare’s tense drama of high politics is both epic and intimate, with powerful speeches in public squares and whispered conspiracies in back rooms and dark hallways. Born in the shadows, unlikely alliances set up a chain of events that brings down the great Caesar and thrusts Rome into a disastrous civil war. James Edmondson (King Lear, Hamlet, Much Ado About Nothing) directs this tale of political intrigue that resonates today.

Click here to listen to our Pre-Show Conversation before you get to the theater!

Julius Caesar is the story of a murder that changed the history a country.  It is the study of how several good men justified the taking of a significant life, and how they influenced one another beyond the assassination.  As is often the case with Shakespeare’s telling of a familiar story, the play examines the conflicts within each of the characters and also between them. The depth of their conflicts is equal to the size of the events.

When Caius Cassius, one of Rome’s military and civic leaders who views Caesar as a tyrant, urges his dear friend Brutus, “Why, man, he doth bestride the narrow world/Like a Colossus, and we petty men/Walk under his huge legs, and peep about/To find ourselves dishonourable graves./Men at sometime were masters of their fates./The fault, dear Brutus is not in our stars,/But in ourselves that we are underlings” he sets in motion not only a horrifically bloody act of political insurgency, but events that will put the two men’s friendship to a great moral test.

After deep examination, Brutus concludes: “It must be by his death . He would be crowned. /How that might change his nature, there’s the question./It is the bright day that brings forth the adder,/And that craves wary walking.  Crown him: That!/ And then, I grant we put a sting in him/That at his will he may do danger with/And therefore think him as a serpent’s egg,/Which hatched, would as his kind grow mischievous/And kill him in the shell.”

Brutus instructs the conspirators, “And gentle friends,/Let’s kill him boldly, but not wrathfully. /Let’s carve him as a dish fit for the gods,/Not hew him as a carcass fit for hounds!”

But Octavius, Caesar’s adopted son, promises Brutus, “Look, I draw a sword against Conspirators./When think you that the sword goes up again? /Never til Caesar’s three and thirty wounds/Be well avenged.” Cassius: “How many ages hence/Shall this our lofty scene be acted over/In states unborn and accents yet unknown!”  Brutus: “How many times shall Caesar bleed in sport?”

Our production of this play chooses not to focus on the grand scale depiction of Rome familiar to us now through popular television series, but rather on the deep, moment to moment human interactions that put relationships to the test and that is always at the heart of Shakespeare’s authorship. 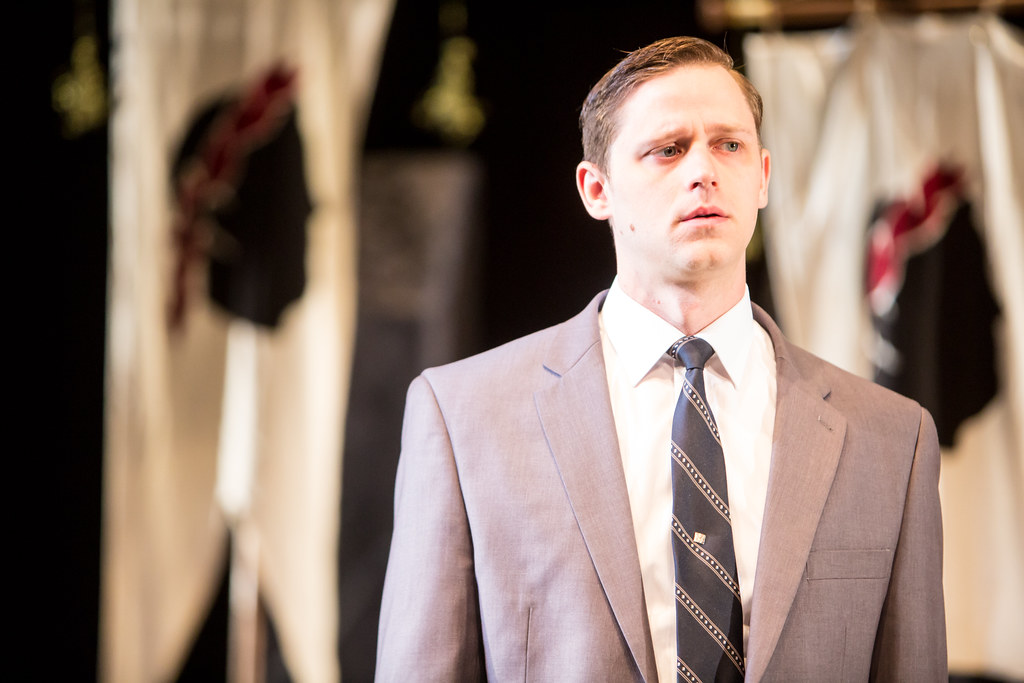